As a journalist, you sometimes need to be a little skeptical on certain news facts. A news bulletin from earlier this month about ten houses which were built in only 24 hours therefore seemed too good to be true – but: newsworthy. But as new pictures of this housing project went viral this week, there is no reason to doubt about this 3D printing project anymore. And that means: the Chinese have found a way to mass-produce extremely cheap houses, costing only 4800 dollars per unit. 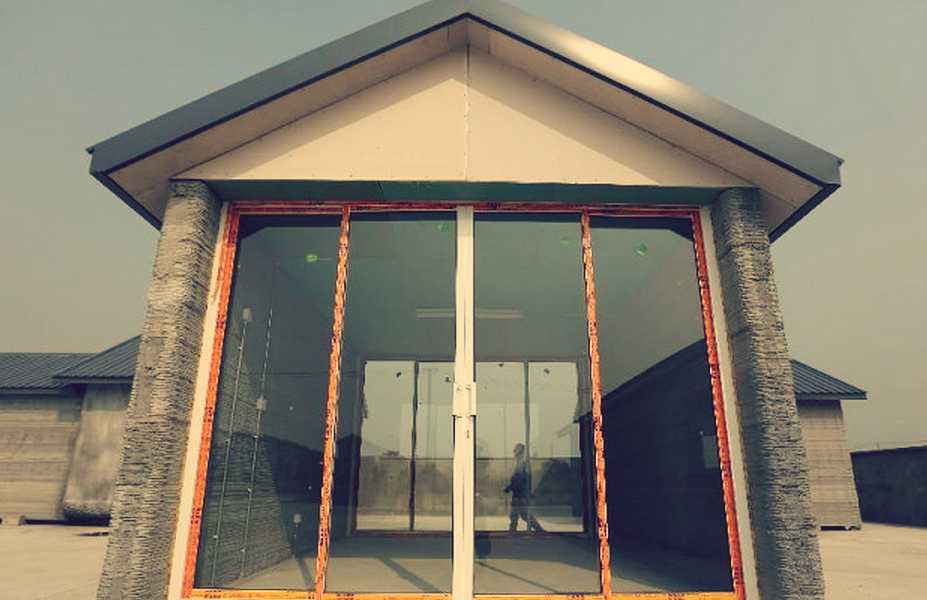 A team in Shanghai printed out these houses, solely using recycled materials. They used a technique where they printed out all parts of the house separately. Using this new method, they were enabled to 3D print as many as ten 650 sq. foot houses in less than a day. The company behind the project is called Shanghai WinSun Decoration Design Engineering Co and they have been posting new photos about their project, which are displayed in this article.

For this remarkable housing project, they have been using a giant 3D printer, which is 105 feet long, 33 feet wide, and 21 feet tall. The houses were built in Shanghai’s Qingpu district and WinSun used a special ink, consisting of construction waste and industrial waste.  They managed to print out the buildings for only 4800 dollars per house. This project can therefore be seen as a possible housing solution for the growing poorer part of China’s population.

The company has also expressed the aim to build an entire villa with this 3D printer. In addition, they want to build 100 recycling factories in China to transform waste into ink, which can be used for the houses. A first housing project will take place at Qingdao, in the Hi-tech Zone, Qingdao International Sculpture Park. The company will be able to showcase their technology over there. 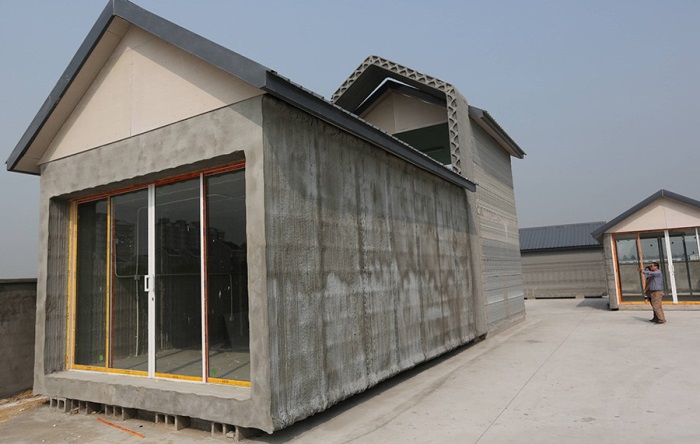 WinSun is not the first construction company to experiment with 3D printing techniques. In Amsterdam, DUS Architects is building an entire house, using a giant 3D printer. However, this experimental project is estimated to take as long as three years and it uses plastics instead of waste. Another company in this field comes from America and is called Contour Crafting. They aim to one day be able to print out an entire house in about 20 hours – something which is already exceeded by WinSun.

All in all, what makes the WinSun project so interesting is the velocity of the work and the ability to mass-produce cheap houses. Give it some more years and who knows whether authorities will be able to provide for mass-produced houses in the third world and this world’s slums.