With all of the continuous advancements in commercial and industrial 3D printing, it’s easy to forget that even desktop printers are highly-capable machines. Beyond being able to produce very sturdy parts right out of the printer, they can also be used to fabricate manufacturing tools that are used to make even stronger parts. We demonstrated how TPU can be used to make reusable resin molds, and now Dave with the Youtube channel GrindhousePE has documented his experiments printing PLA molds for sheet metal forming.

This is not something Dave had ever tried but he had heard of others having success with printing metal forming molds, and thankfully he was smart enough to record his experience. Sheet metal forming requires a LOT of pressure, so rather than using the PLA molds right out of the printer, he filled them with a high-strength resin designed for mold making (Fibreglast). The molds were easy to fill because they were printed without bottoms, and to help increase the strength and reduce print time, he used thicker extrusion lines and a gradual infill that increases in density closer to the surface.

Dave did make a couple mistakes, this being his first time and all, and one of those was underestimating the intensity of the exothermic reaction that occurs as the resin cures. It gets quite hot, enough so that the molds warped slightly in the process. He notes that adding a bit less hardener to the mix likely would have resulted in a cooler reaction, though it would have taken longer to cure. I think that printing the molds with thicker shells would also help, or perhaps printing them in ABS which is better at handling higher temperatures.

The slight warping wasn’t enough to make the molds unusable but there was some noticeable effect on the quality on some of the formed sheets. He starts with some 16 gauge aluminum and works his way up to 18ga stainless steel. What’s funny is that he hadn’t even cut the prerequisite holes in the 16ga steel or 18ga stainless steel because he expected that the mold would break before getting to sheets that tough. But lo’ and behold, he had to cut holes on both of those and run them through the mold because it held up just fine. It finally cracked while completing the stainless steel sheet, which took a crazy amount of pressure to form.

All of the sheets formed fairly well, with the only issues around the edge where the molds didn’t fully meet up due to the warping. Otherwise, they function as they should since those edges would be cut off and filed down anyway. This isn’t the first printed sheet metal mold I’ve seen, but it’s the first that has 3D geometry as all the previous ones had only straight bends. So I’m just as impressed as Dave that a desktop printer running PLA can produce molds that can be used to form stainless steel sheet metal.

These molds are generally machined out of metal, making them very costly and time-consuming to make. It took about a day to print the mold and another day for the resin to cure, but that’s a fraction of the time it would take to have a service machine them. And the cost difference is even greater; the mold probably cost no more than $5 to print so I’m sure the resin was a bigger expense, and the total of both is still tiny in comparison to the hundreds or thousands of dollars a machined version would cost. If you’re trying to save time and money with your manufacturing business, there’s no better tool than a 3D printer. 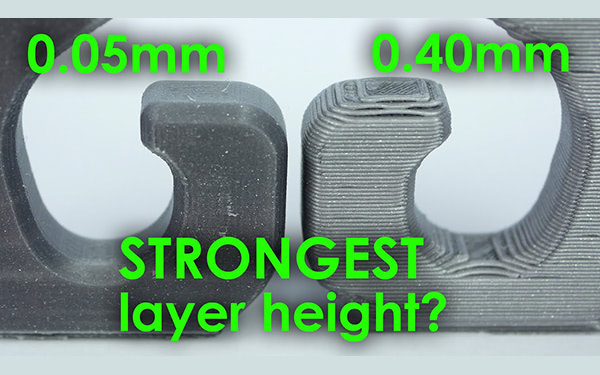