Over the last few weeks we have been taking a look at various polymers with added engineering functionality.

So far we have looked at those with altered electrical properties such as electrically conductive materials and ESD-safe materials. These materials had various levels of surface-resistivity allowing charge to flow through the material at different rates.

What’s the point of that? To transport heat from one place to another. A heat sink is a great example of this principle.

Starting with the extruded materials, there are a few options available. One company in particular stands out, as they claim to have a material that is 50 times more thermally conductive than standard filaments.

TCPoly has what they claim to be the most thermally conductive filament on the planet.

The material is named Ice9 (because it’s useful for cooling stuff) and is a thermoplastic filament with 8 W/m-K of thermal conductivity off-the-shelf.

However, if you actually print something with it, that can increase up to 15 W/m-K. Why does it change?

As you can see there are a couple of variables in there related to the geometry of the part (L & A), and altering them directly affects the value of K.

Further searches in this area may lead you to a company named Tiamet3D, who have a filament named Ultra Diamond PLA that is, according to their own website, a PLA-based filament laced with industrial nanodiamonds.

Like the electrically modified materials from the last articles, AM powders do not suffer from the issue of settling / floating due to different densities as the individual powder particles tend to be coated, allowing uniform distribution of the powders in the powder chamber.

Interestingly, due to the geometric and dimensional effects of a part on the thermal conductivity, items printed with powders in SLS-type systems can have their thermal conductivity modified simply by altering the packing density of the powder before it is sintered.

A solid part will conduct heat better than a foam made from the same substance.

To expand on that concept, this research team has demonstrated that the biggest influence on thermal conductivity of Polyamide 12 powder is the inter-particle bonding. Higher density packing means better contact between particles and better bonding.

This other research team has been building on previous research of coating Polyamide 12 with CNT (carbon nanotubes) and confirmed that the addition of CNTs does marginally increase thermal conductivity.

As with the other functional materials we looked at in the previous articles, if you’re looking for a thermally conducting resin, you may be in for a little wait yet.

The same limitations stopping the electrically conducting resins are at play where it comes to thermally conducting resins. That is, the additives have a tendency to settle, meaning that any photopolymer being used with physically added particles (as opposed to chemically bonded particles) is going to need mixing right up to and possibly during the SLA / DLP printing process.

That isn’t to say that there aren’t any thermally conductive resins on the horizon. They are still currently in the research phase for the time being.

This paper discusses the addition of Halloysite nanoclay nanofillers to the resin, to increase the thermal conductivity of plastic molds used for injection molding. Thermal management of molds is critical in drawing the heat away from the molten plastic in order to reduce differential warping.

There are other teams working with the addition of copper particles, but again, the same issue will likely prevent this research from becoming mainstream for the immediate future.

As you can see, generally speaking, plastics are not great for conducting heat, although there are some outliers showing that plastic prints comparable to some alloys are possible.

For the most part, plastics fall far below what a piece of metal would offer in terms of heat transfer.

As with the previous materials we examined in the last weeks, it seems that the widest range of thermal conductive materials is available to those with filament deposition 3D printers, which is not surprising given the proliferation of filament printers out there.

And naturally, due to the nature of filament extrusion, whose feedstock retains its shape and additive distribution until it is extruded, it is easier to print these materials with repeatability and maintain a consistent quality. That said, there is a long way to go before filaments can match metals in terms of thermal conductivity.

But as you can see, there is research ongoing into other printing methods for thermally conductive materials, so expect new materials to hit the market in future. 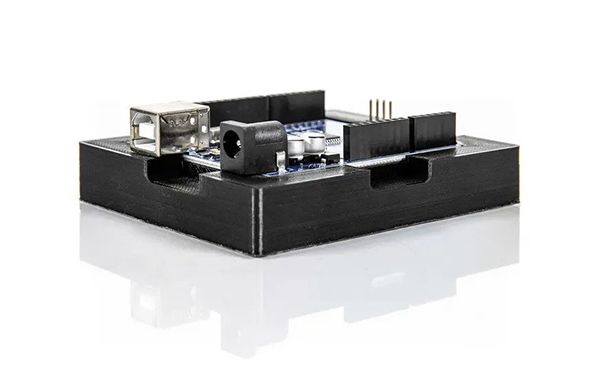 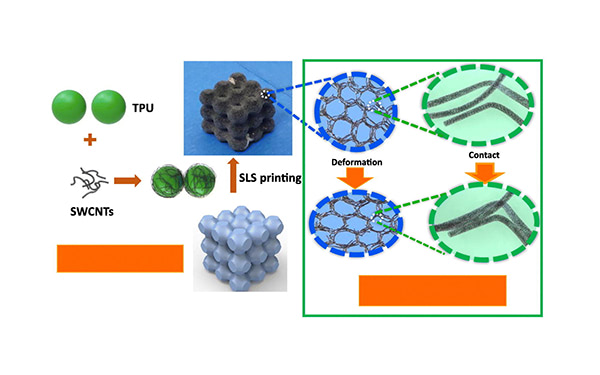