Markforged has released a report highlighting a whole bunch of case studies from users of their range of machines, both carbon composite and indirect metal printing. Let’s take a look at an example of a legacy carburetor.

The ability to reproduce legacy and obsolete parts has always been a strong selling point of 3D printing. In certain industries the product lifecycle can run into decades. In the meantime it could happen that entire OEMs go out of business, or factories close, tooling is scrapped, and expertise disappears into the ether.

The same can be said for classic cars. Luckily, with today’s technologies you can resurrect items that have been lost to time.

Carburetor for a classic race car

In the case of Czech-based engineering consultants Tecron, they were asked to manufacture a carburetor for a classic race car.

Creating toolpaths to CNC mill an exact replica would have been time consuming, especially for a low volume part. Maybe for a larger production run it would have been an easier decision: more parts sold means less cost per part.

But that wasn’t the case, so Tecron turned to a Markforged metal system to complete the work. 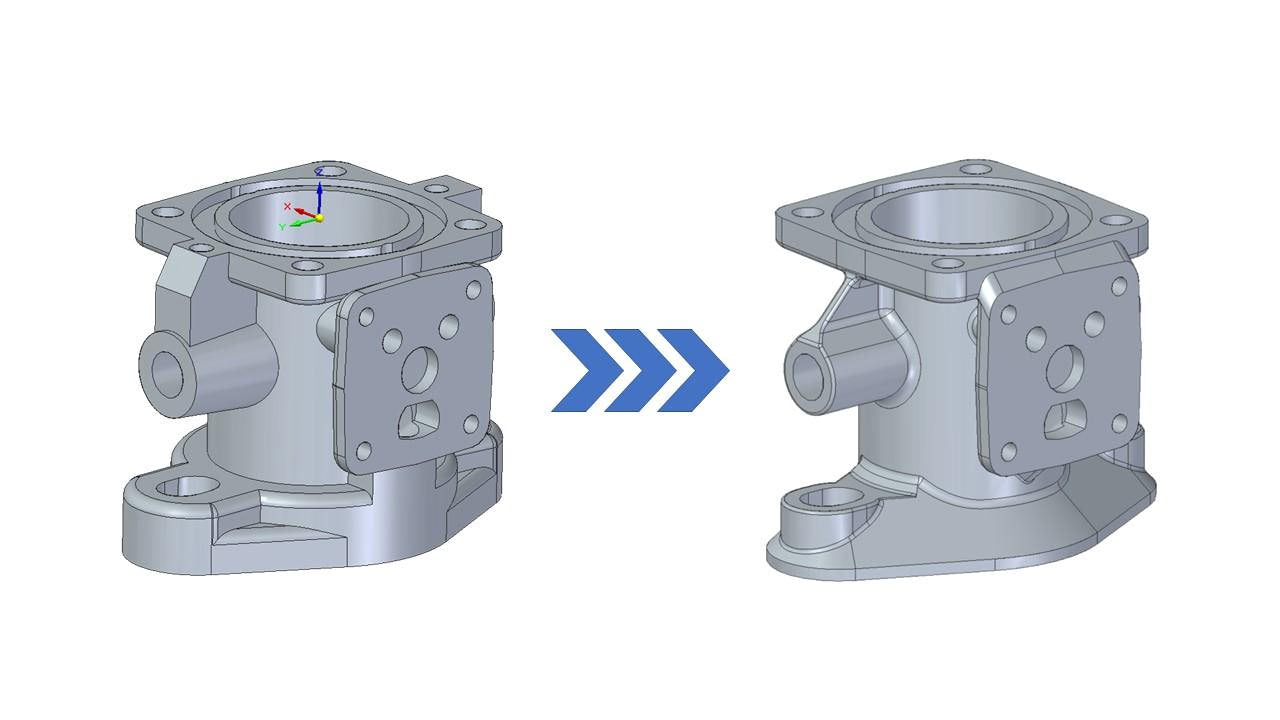 Armed with the original specs, they reproduced the part in a “cloud-based design platform” (OnShape, by the looks of it from the image above) they not only reproduced it, but managed to reduce the original theoretical part cost by ⅓, simply by applying DfAM principles. Spot the difference in the two side-by-side images above. The one on the left is the original, and the one on the right is the DfAM’d version. Note there are some features absent in the right hand image. Absent because they were redundant!

In the image below, you can see three versions of the carburetor. The one on the far left is the original part. The middle one is the exact 3D printed copy. And the one on the right is the one optimised for 3D printing.

The carburetor was printed with Markforge’s 17-4 PH stainless steel material, which the company claims is 95% of the strength of the wrought equivalent at the same levels of heat treatment.

And of course, the finished item is machinable so as to create those smooth mating faces needed for bolting the carburetor to the manifold.

Did the printed carburetor work? Well, I assume it did. It made it into the report without an obituary attached, so I guess it’s all good!

It seems that Markforged is really making inroads into useful manufacturing, especially with the Metal X system.

I visited the launch of Metal X here in the Philippines a few months ago, and I must admit, the finished machined parts are sturdy, attractive, and on the face of it, indistinguishable from machined parts.

Hopefully they release an aluminium feedstock soon. Steel is a little heavy for my needs, sadly.

But given the low cost of manufacturing these steel parts, I’m sure I could find something fun to build. It’s not a huge financial loss just to goof around.