3D Systems has been selected by the Combat Capabilities Development Command of the U.S. Army Research Laboratory (ARL) to develop “the world’s largest, fastest, most precise metal 3D printer.” The $15 million contract covers the designing, construction, and testing of a metal 3D printer that will have a build volume of 1000mm x 1000mm x 600mm.

“The Army is increasing readiness by strengthening its relationships and interoperability with business partners, like 3D Systems, who advance warfighter requirements at the best value to the taxpayer,” said Dr. Joseph South, ARL’s program manager for Science of Additive Manufacturing for Next Generation Munitions. “Up until now, powder bed laser 3D printers have been too small, too slow, and too imprecise to produce major ground combat subsystems at scale.”

The US military is the most technologically-advanced military on the planet precisely because they invest millions of dollars into researching and developing cutting-edge methods of manufacturing. Though they are not known for representing the best value to the taxpayer, a large, metal 3D printer would increase their efficiency. Every armor plate and bunker component that can be printed on site saves money and reduces downtime.

Chuck Hull, Co-founder and CTO at 3D Systems, explained, “Through this project, we’re looking forward to delivering a working manufacturing system like no other. ARL has already realized the power of AM to transform its operations. We look forward to collaborating with them to scale and expand these capabilities by delivering first-to-market processes, materials, and technologies.”

Currently, the largest metal 3D printer from 3D Systems is the DMP (Direct Metal Printing) Factory 350, which has a build volume of 275mm x 275mm x 380 mm, so the new machine will be quite a step up. ARL also wants a minimum wall thickness of 100 microns and a minimum layer thickness of 30 microns, meaning they plan to produce some very precise parts, perhaps even weapons. As part of the Advanced Manufacturing, Materials, and Processes (AMMP) Program, NCMS (National Center for Manufacturing Sciences) will join 3D Systems in the development of the printer.

Lisa Strama, President and CEO of NCMS, stated, “As the capstone project of the AMMP Program, [this project] will lead to critical breakthroughs for our members and partners, enhancing performance and speeding innovations to market.” 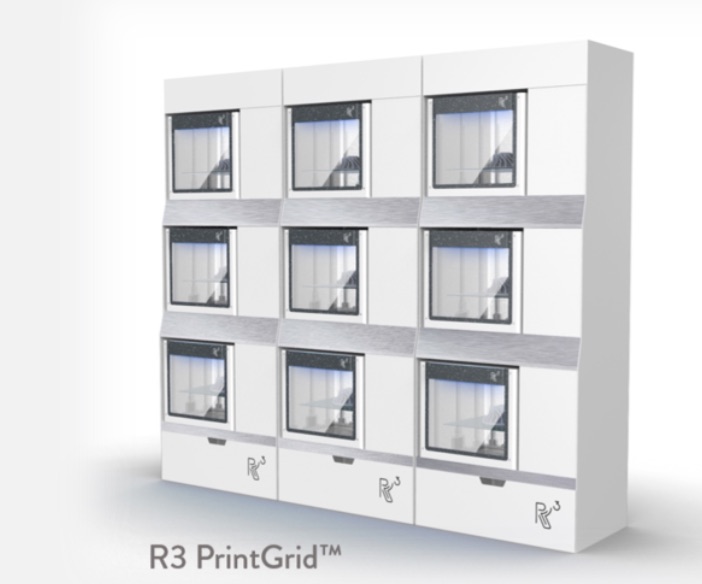