Scientists based in Sydney, Australia are attempting to recreate the structure of coral reefs through 3D printing. The scientists intend to use this type of prosthetic coral as a means of eventually repairing the Great Barrier reef. Professor Will Figueira and Dr Renata Ferrari hope to accurately recreate the reef ecosystem and repair environmental damage inflicted upon it.

The researchers created a digital map to model the structure of the reefs. They then applied different variables related to environmental change to the models to measure what effects they have. This is giving them major insight into the various ways in which environmental changes have altered the reef. As a result, scientists are using the virtual models to repair the oceanic habitat. 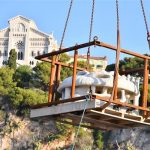 Previously, other researchers have developed reef made from cinder blocks and flotsam/jetsam found in the ocean. However, these artificial reef never managed to capture the proper structure of the real thing. Now with the advent of 3D printing, the researchers can truly capture the complexity of this ocean dwelling life form.

This research is great for restoring the ocean ecosystem. The coral also serve a major function for other sea life. For example, they provide a habitat for certain fish, who in turn protect the coral from life-threatening algae. This symbiotic relationship is part of the balance of nature that scientists want to keep intact.

Photogrammetry is one of the methods instrumental in helping the scientist map out the coral. Photogrammetry is a method of making measurements from photographs. Recently, it has become essential in the digital reconstruction of 3D models. This is done through the use of overlapping photographs to accurately capture the various angles needed to reconstruct a scene or object. In recent years, it has become more and more popular due to the proliferation of 3D printers and visual capturing technologies. 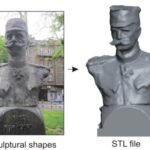 It has many applications outside of reconstructing natural life. It can be used for various types of 3D printing models. Even outside of 3D printing it has applications in animation and architectural design. Photogrammetry is a field that is seeing a surge in interest and will likely continue to do so in the coming years.