For the more outdoorsy types, nothing beats camping. However, there’s no doubt that cooking can become an issue on an outdoor excursion, especially with a gas camping stove. Traditional camping stoves have a habit of being bad with wind and are prone to fizzling out. That’s why ETH Zurich have just introduced their peakBoil 3D printed camping stove, offering ultimate wind protection.

The camping stove was the brainchild of doctoral candidate and students from the ETH Zurich Design and Technology Lab. The team sintered it out of stainless steel, shaping it like Bundt cake tin that encloses around the burner. While the design of the stove protects it from wind, it also makes it very energy efficient, using the shape elements such as the ridges on the outside to complement the heat transfer. 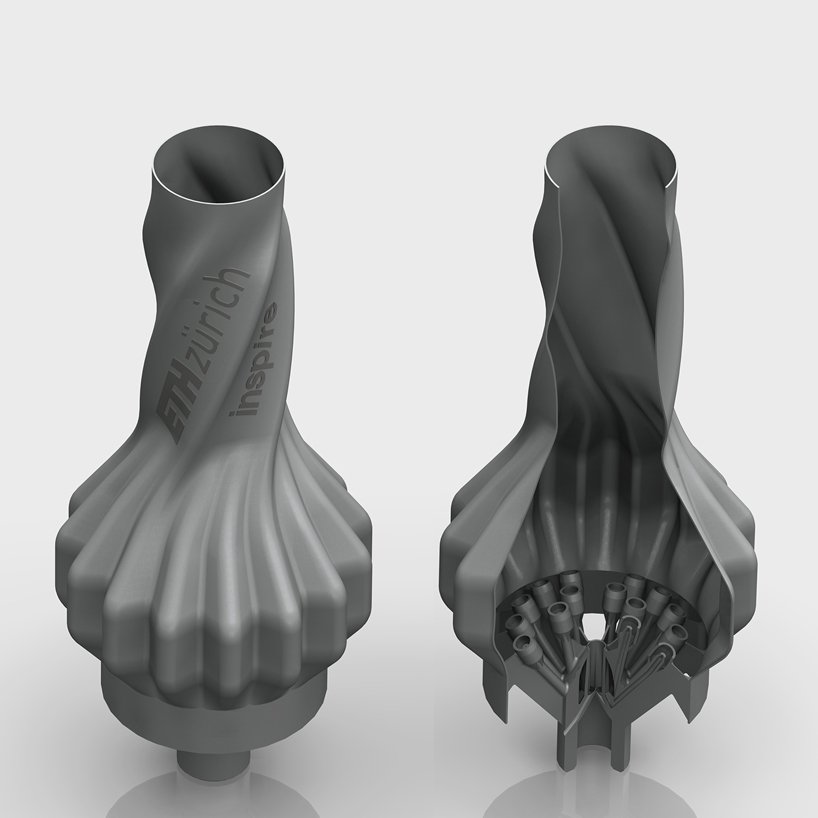 ETH student Patrick Beutler wrote his Bachelor’s thesis on the project. He explains how the ridges help maintain heating characteristics. He adds: “That, plus the fact that the wall is very thin, makes heat transfer to the contents of the jug ideal.”

The peakBoil owes its creation and unique look to metal 3D printing applications. “This technique gives us a huge amount of design freedom, which you just don’t get with conventional manufacturing techniques; with metal casting, for instance, we could never achieve channels that are as thin as the ones inside our gas burner,” explains julian ferchow, the project leader and a doctoral student in ETH Professor mirko meboldt’s group. ‘selective laser melting was originally developed as a fast way to manufacture prototypes. nowadays, this rapid prototyping technique is so mature that it can also be used for large-scale manufacturing.”

As with a lot of laser-sintering applications, computer-controlled laser beams melt the metal powders in a precise pattern. When the molten metal solidifies, it binds to the substrate plate under it. Then, the next layer of powder makes its way in, printing successive layers each just one-thirtieth of a millimetre thick.

The stove even garnered quite some acclaim, winning the 3D Pioneers Challenge competition. The jury admired the idea of a resource-saving burner with outdoor applications. Now, the team is hard at work modifying the burner with some more improvements. They are looking to optimise the flows of gas and air to further enhance the heat transfer process.