For anyone bored of the current array of cartesian, H-Bot or CoreXY printers available on the market, you may be please to know that the SCARA-esque Plybot printer has just completed not one but two successful crowdfunding campaigns, meaning that these unique machines should be arriving with backers very soon.

SCARA stands for Selective Compliance Assembly Robot Arm, and the technology was developed as an alternative means to traditional assembly robots back in the 1980s. SCARA robots are nowadays used in a wide range of industrial tasks, particularly in repetitive pick-and-place scenarios. In fact, typically SCARA robots only have one arm, so this is more like a double-SCARA configuration, with the two arms constrained by a pin-like constraint at the effector.

It works by means of a parallel-axis joint system, that allows for printing in a larger part of its footprint compared to gantry-type printers. According to the crowdfunding site, the arms on Plybot allow it to print on 60% of its own footprint. That translates to a print area of 178 x 152 x 127 mm.

This particular robot features the arms travelling up the z-axis (rather than having a moving bed), and you can see the motors located in plastic enclosures on the vertical shafts in the image above.

The print files can be sent via WIFI, USB or SD card, and the printer itself can be controlled by the Plybot app ( iOS and Android), which can also be used to order new filament and find models to print.

Additionally, the printer is almost silent thanks to the trinamic stepper drivers and 32 bit ARM processor, which is nice.

The printer is touted as a hassle free, low cost solution, that is ready to print right out of the box.

How low is low cost?

The crowdfunding campaign says you can get one for $339 USD, and that package includes the printer, and 3 small 250g packs of different colored filament (red, white and black PLA).

The Kickstarter campaign has closed already, having raised a comfortable $167,036 of its required $50k goal, and is currently still running on Indiegogo where it has racked up an equally impressive sum, showing that people are indeed interested in taking a punt on a gantry-free printer.

You can see the Plybot in action in the video below.

The early bird perk on Kickstarter shows that backers of that perk can expect their printers to arrive in July 2021 at the earliest, while later backers Indiegogo can expect delivery around September 2021, according to the crowdfunding page. 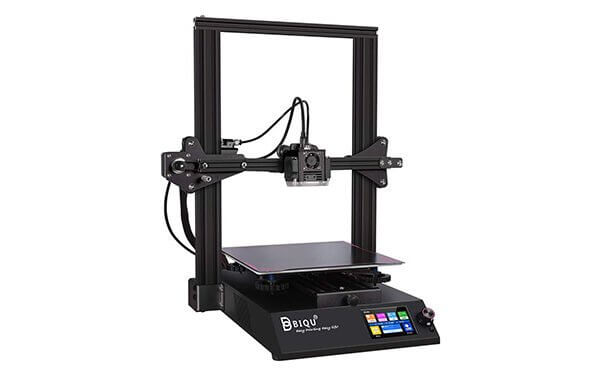