“Kendall Square is the perfect environment for expanding our R&D team, and we’ll be able to take advantage of the top-tier AI developer talent in the area,” said David Benhaim, CTO and co-founder of Markforged.

Blacksmith is cutting-edge software that analyzes a 3D model and then automatically configures the 3D printer to the optimal settings for fabricating the part. Founder Greg Mark explains, “With a continuous feedback loop, Blacksmith learns from previous part production so parts become more accurate and precise each time. The intelligent software analyzes a design, compares it to scanned part data captured from inspection equipment, and dynamically adapts the end-to-end process to ultimately produce perfectly in-spec parts.”

Initially, Blacksmith will work only with Markforged 3D printers, but the long-term goal is to make it compatible with all manufacturing machinery. “In the same way AI is enabling cars to pilot themselves, AI will enable factories to run themselves. Blacksmith will ultimately reduce the cost of everything you buy — making the world’s factories more efficient, just as the introduction of the assembly line did,” added Mark.

Markforged distinguishes itself from other metal 3D printer manufacturers by building machines that use bound metal deposition and atomic diffusion additive manufacturing (ADAM), a much more affordable method of 3D printing metals. The company recently raised $82 million in Series D funding and has sold over 10,000 units, earning them the #2 spot in industrial 3D printer sales for 2018 according to the 2019 Wohlers Report. Needless to say, the 2013 startup is making massive strides. 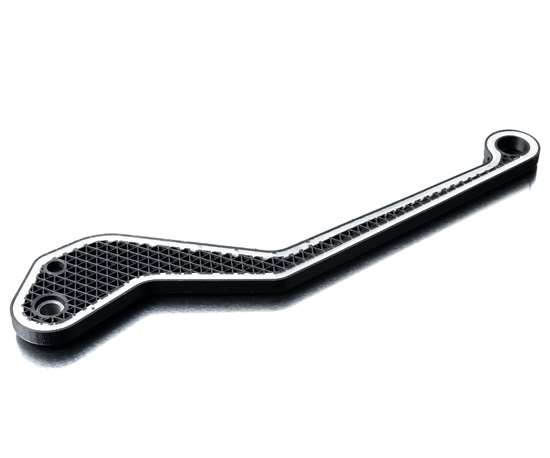