Holography has been touted as being just around the corner for decades, and asides from the odd Tupac light show, hasn’t really manifested itself as anything remotely useful.

The US Army has found an application for the technology however, and they are planning to use it on the battlefield to protect soldiers from harmful aerosols. And they used 3D printing to make it happen.

The system is named HAPI (holographic aerosol particle imager) and is designed to fit onto a UAV for mobility on the battlefield. The use of 3D printed lightweight plastics has made that possible.

The device (pictured below) uses digital holography to build a picture of aerosols measuring over 10 microns in diameter, as they enter the 3 cubic centimeter sensing volume.

You can see the electronics, sensors and optics in the illustration below, along with the real-life model, and how it fits onto a drone (suspended below the drone itself). 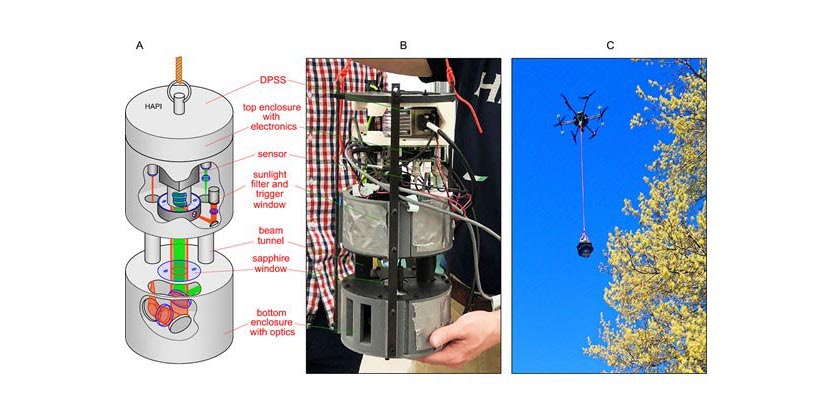 The research began a decade ago in the U.S. Army Combat Capabilities Development Command’s Army Research Laboratory (CCDC ARL) under researcher and fellow Dr. Gorden Videen and has finally materialized as a usable product. Fundamental research takes a while.

“Gaining information about aerosols is hard because they don’t sit still, so they are difficult to image because the focal plane of cameras is so narrow,” said Videen.

“Holography circumvents this problem because the focusing can be done by processing in a computer after the hologram is formed.”

“HAPI provides a completely different means of characterizing aerosol particles in situ,” Videen said. “Previous methods have relied on either capturing aerosols onto a substrate, taking them in to the lab and analyzing them, which is a time-consuming process, or of measuring their diffraction patterns, which only gives size information or measuring their fluorescence or Raman signal, which provides chemical information.”

The researchers have been testing the device on dust and particles from plant material as you can see in the images below. The device captures the particles, processes the information into images on the fly, and sends the processed images to a computer or smartphone via Wi-Fi or Bluetooth.

The current system can resolve particles over 10 microns. (Image credit: US Army)

3D printing was used for prototyping and eventually the finished enclosure on the final device housing.

“One of our goals is to identify threat aerosols, like biological warfare agents,” said Videen.

If you’d like to know more about how the hologram works specifically, you can take a look at the team’s paper which was recently published in Nature. 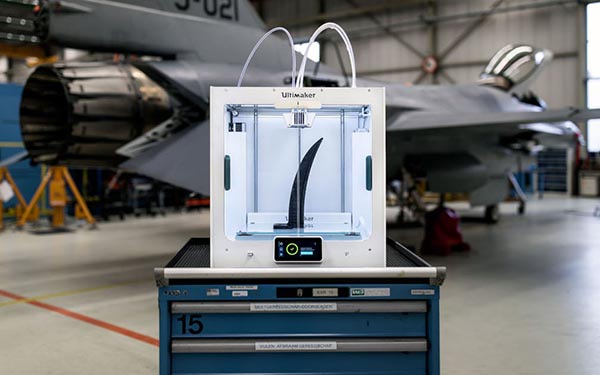 3D Printing Uses in the Military